Due to the complex manufacturing process, mechanical keyboards are very expensive, but they are still in demand among people who prefer to have the pleasure of communicating with a computer.

The keyboard comes in a bulky, durable, cardboard package with good printing.

The keyboard has the most competitive price among mechanical keyboards. In principle, this is justified, since the keyboard does not have its own software for use in games. The emphasis is on mechanics and various types of illumination.

The keyboard has an Anti-Ghosting system that allows you to make an unlimited number of simultaneous taps, which eliminates the problem of dummy taps.

The packaging of the keyboard is serious, as it has a serious weight. 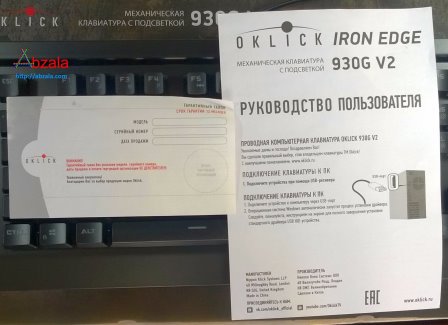 In addition to the keyboard itself, the box contains a warranty card and an instruction manual in Russian.

The keyboard has 87 mechanical keys. There is no additional digital tastature, which has a positive effect on both the organization of the workspace and the usability. 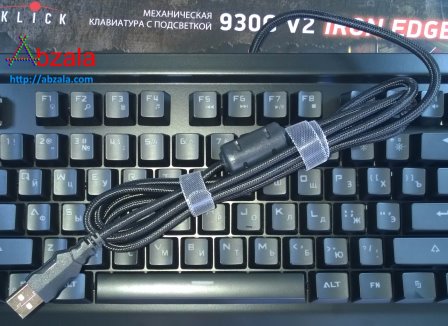 The keyboard cable has a strong braid. There is a high-frequency filter on the cable to protect against interference, as well as two Velcro organizers. The USB connector is gold-plated. The cable length is 1.8 meters. 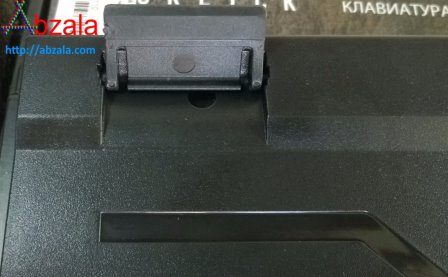 The folding keyboard legs have rubber pads on both sides. 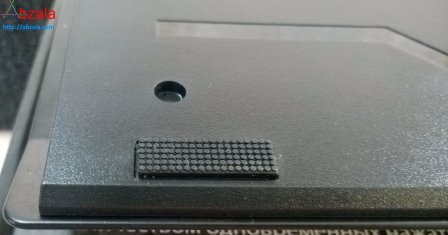 Rubber pads and the weight of the keyboard allows it to be on the table without any fidgeting. 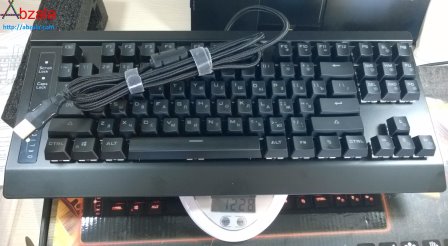 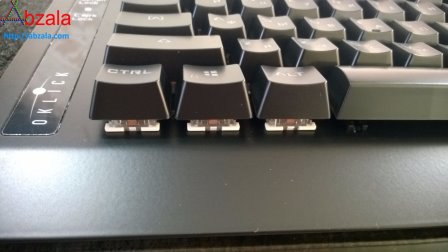 The fact that the keys with mechanics are raised above the surface of the keyboard has its pros and cons. On the plus side: it's easier to clean the keyboard. Of the minuses: the keys have a backlash due to the height, the backlight is not only on the symbols, it requires getting used to and setting the wrists at a high altitude.

The keyboard uses Out my Blue mechanics with a guaranteed number of taps in 10,000,000 cycles. The contacts in the switches work on a break, which allows the keyboard to work before the key rests against the stroke limiter. The backlight is clearly visible in daylight.

In a darkened room, you can see that the keyboard case is strongly illuminated, but this can be corrected, since the brightness level has 5 adjustable gradations. 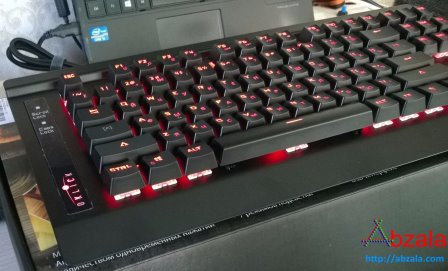 Unfortunately, fonts are created by creating a perforation in the deposition on the keys, and not in the body of the keys itself. 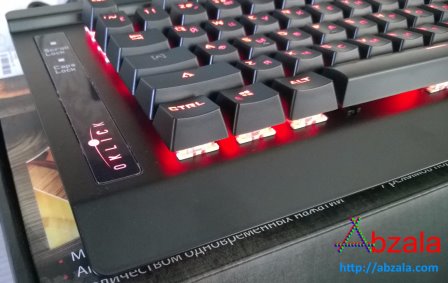 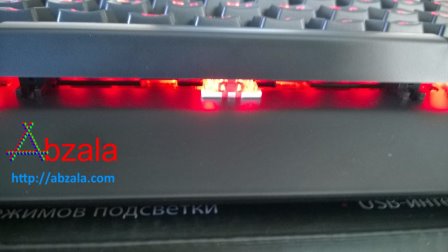 Unfortunately, the keyboard keys have backlash and mechanical rattle, and the sound of the rattle is different for different keys. This effect is not observed in membrane keyboards and in keyboards with scissor switching type, therefore, this keyboard is contraindicated for perfectionists and those who remember the real mechanics.