The Kelly bag (formerly known as the Sac à dépêches) is a leather handbag designed by Hermes, a Paris-based luxury leather goods manufacturer. It was originally produced as a saddle bag. After a significant change in appearance, this bag went on sale and became famous thanks to the American film actress and Princess of Monaco Grace Kelly, after whom it was named. Currently, the Kelly bag is a very expensive and status thing. 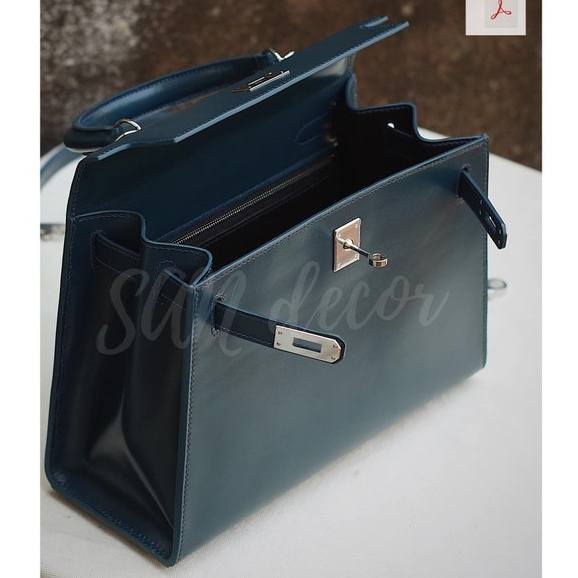 The Kelly bag has a trapezoid shape and is equipped with two straps. It can be placed on the ground because it has a thick bottom made of three layers of leather with four special round legs. The bag comes in eight sizes, ranging from 15 centimeters (5.9 inches) to 50 centimeters (20 inches). The lock, keys and accessories are made of white or yellow gold. The Kelly bag is handcrafted, requiring 18 to 25 hours of work to produce one bag, with each bag being made by a single craftsman. All of the above leads to the fact that retail prices for the product are very high. In 2016, prices for a Kelly bag ranged from $10,000 to $12,000. 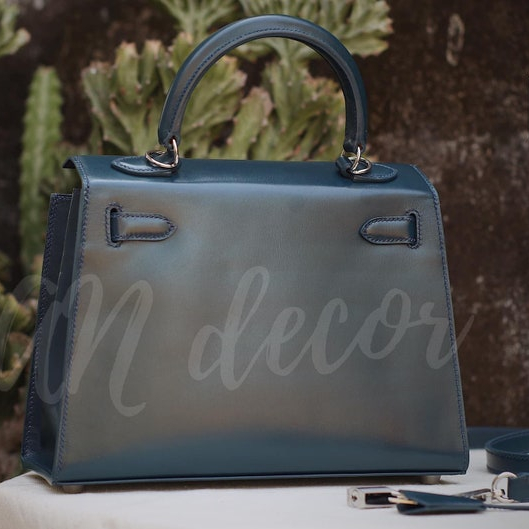 The prototype of the Kelly bag was a large bag for storing and carrying horse saddles, released for sale around 1892. This bag was called in French Haut à courroies (“high with straps”) due to the fact that it had long handles. In 1923, Émile-Maurice Herme and Ettore Bugatti designed a bag for Hermès' wife, Julie, based on the Haut à courroies. The new bag had to go through the doors of the car so that the rider could fit his horse's saddle in the car. In the 1930s, Hermé's brother-in-law, Robert Dumas, redesigned the saddle bag into a spacious travel bag, which they called the Sac à dépêches ("Postman"). This design contrasted with the then downsizing trend in women's handbags. The "postman's" bag further, the more justified its name. She gradually became rigid and square. 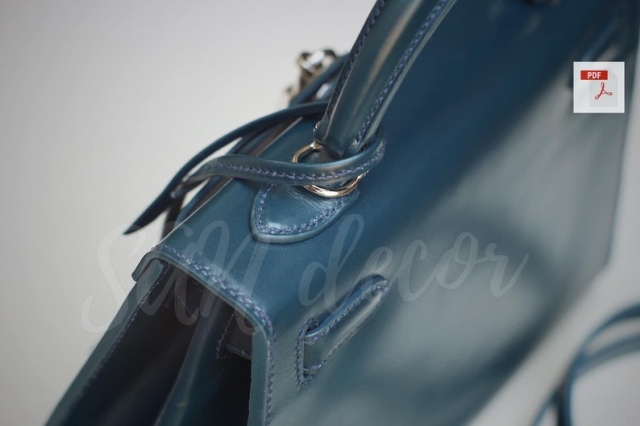 "Catch the thief." Grace Kelly starred in this film. According to Head, Kelly "fell in love" with the bag. In the months following her marriage to Prince Rainier III of Monaco in 1956, the pregnant Princess of Monaco was photographed carrying a large bag to hide her growing belly from the paparazzi. This photo appeared in Life magazine. Grace Kelly was then a style icon and was in the spotlight of the entire world press, so her handbag immediately gained great popularity. In an instant, it became known as the "Kelly bag", although this name did not become official until 1977. 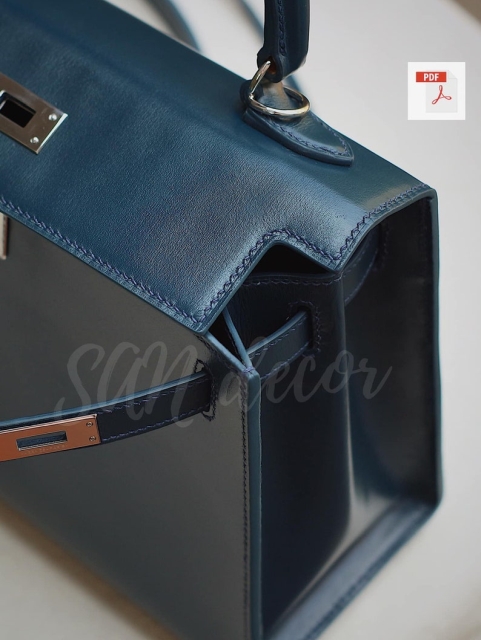 The Sac à dépêches bag owes its first appearance on screen to Alfred Hitchcock. In 1954, Hitchcock allowed costume designer Edith Head to purchase Hermès accessories for the film To Catch a Thief. 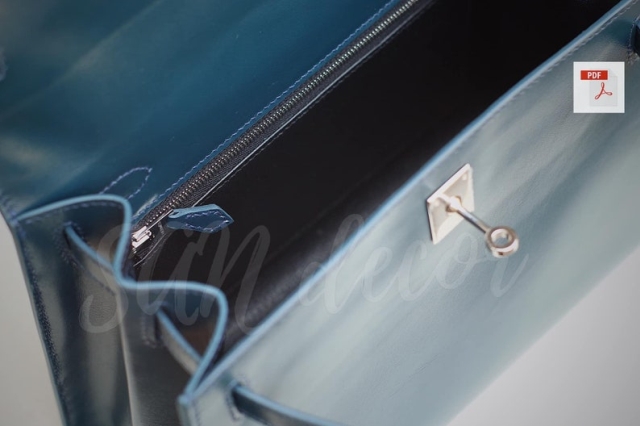 The famous bag was found in the archives of the Princely court of Monaco and exhibited at the Victoria and Albert Museum in April 2010, along with other famous wardrobe items that belonged to Princess Grace. The "Star Show" showcases scuffs and stains as Grace Kelly has been frugal and has worn her favorite pieces for years. Hermès currently produces 32 different styles of handbags, but Kelly is still very much in demand. The Kelly bag is very expensive and is a status symbol. 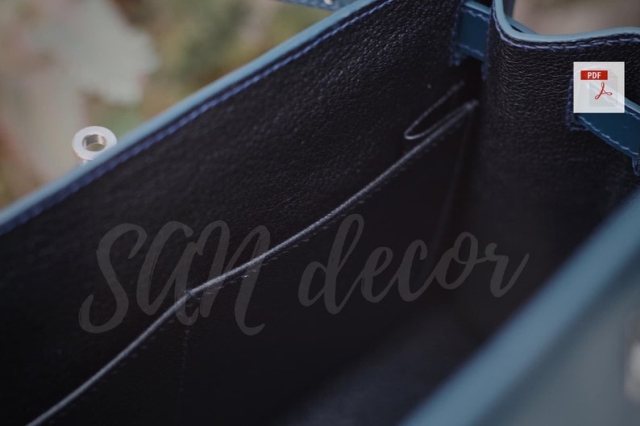 Кwhen you print it, check the printer properties to not change the settings according to the page, it should be "none", also you need to set all margins to "0" (if your software has a margins option, do this, if not, just leave it there) then you will get a 1:1 property printout.