The tank that comes with Voopoo Drag S is designed for bulk. You will not get any feeling of satiety from soaring when you quit smoking. This requires a cigarette puff at the device (also called an MTL puff).

The article is intended for people over 18 years old and who want to quit smoking! The complete tank has a mouthpiece, the diameter of which is designed for "bulk" (emission of a huge amount of steam). 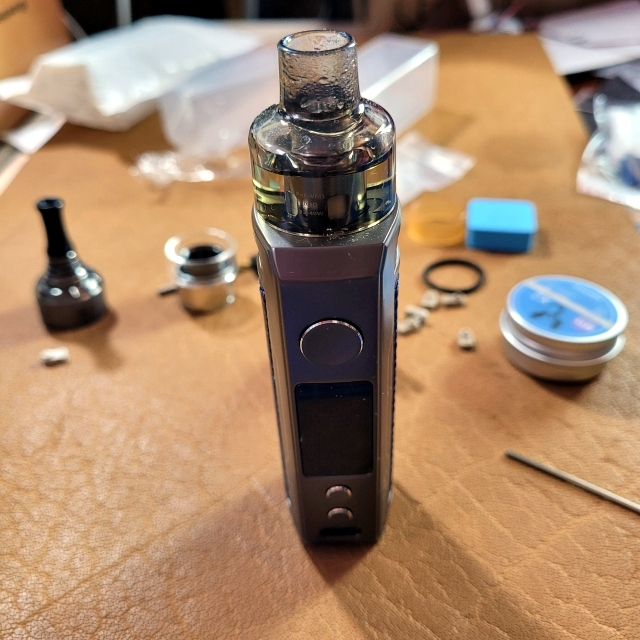 The evaporator also has large openings that are capable of passing a lot of liquid when "bulk".

There are two options for converting Voopoo Drag S to MTL puff: use a special tank from Voopoo for MTL with special MTL coils or use a 510 connector adapter from Voopoo or other manufacturers. 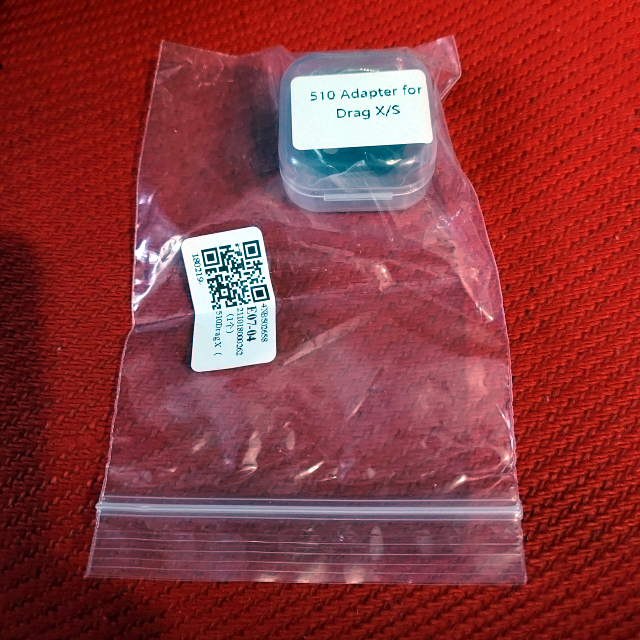 If the use of a tank and evaporator for MTL from Voopoo raises questions like "will there be an MTL puff or not", then using a special MTL tank from other manufacturers removes this question. 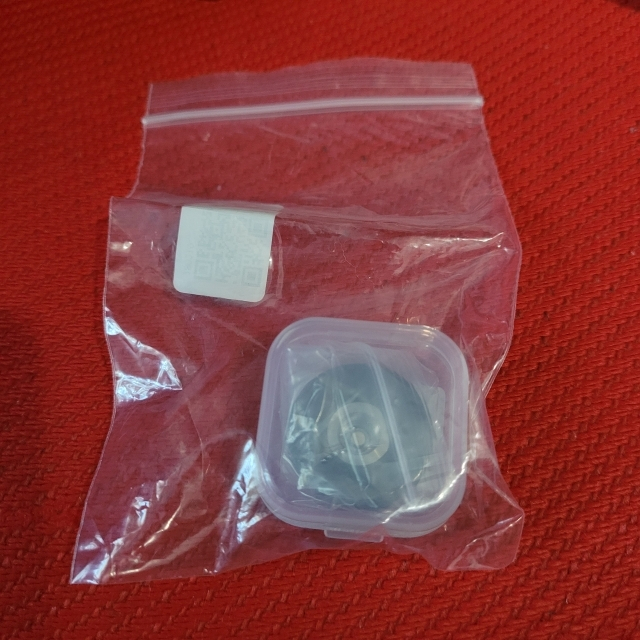 To transfer Voopoo Drag S to 510 connector for which MTL tanks are made, you need to buy an adapter. The adapter is cheap.

The adapter is supplied in a plastic case. 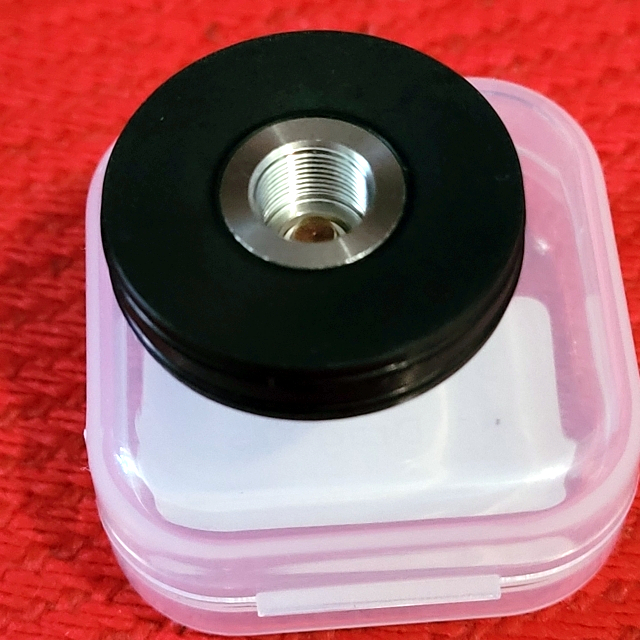 The adapter is a rubber disk with two orings (rubber rings) around the perimeter and a 510 connector sleeve. 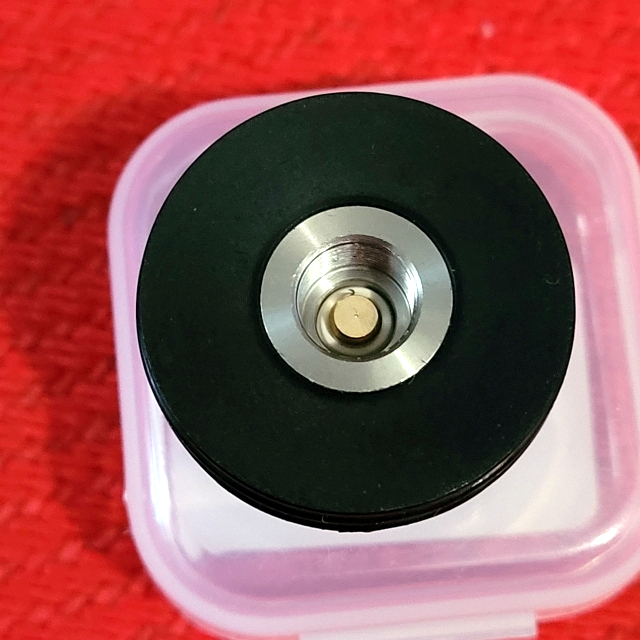 There is a brass pin without gilding in the sleeve. 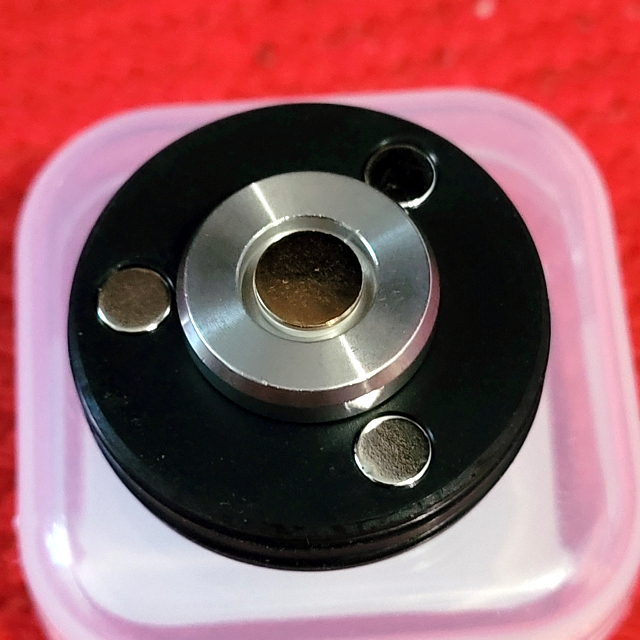 At the bottom there is a return pin and three magnets for additional fastening in the carcass of Voopoo Drag S. 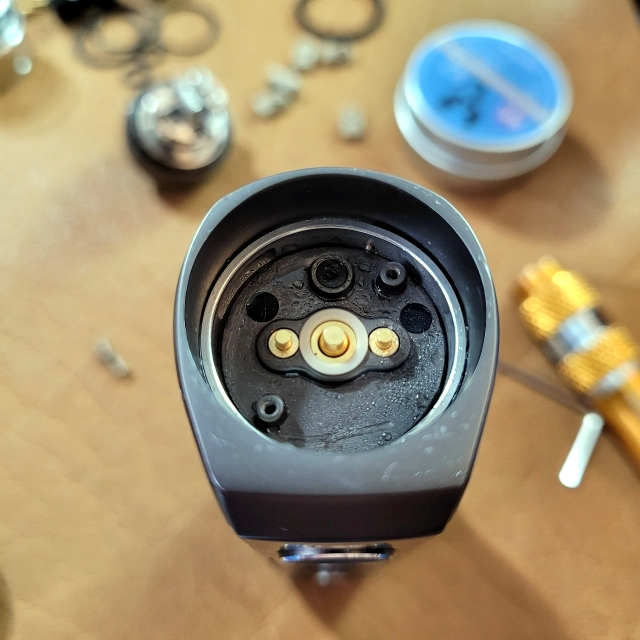 If you used the Voopoo Drag S mod, then you probably have liquid under the tank. It must be removed before installing the adapter. 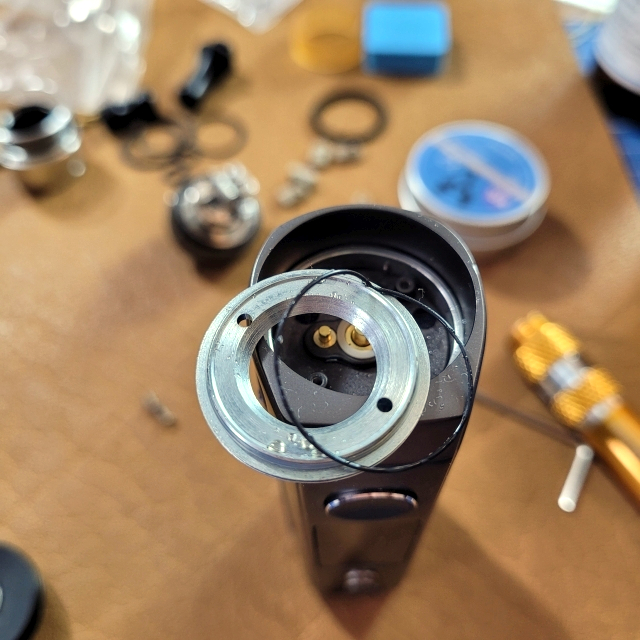 To clean the Voopoo Drag S, unscrew the magnetic ring. Then we clean the compartment from the liquid with a cotton swab. 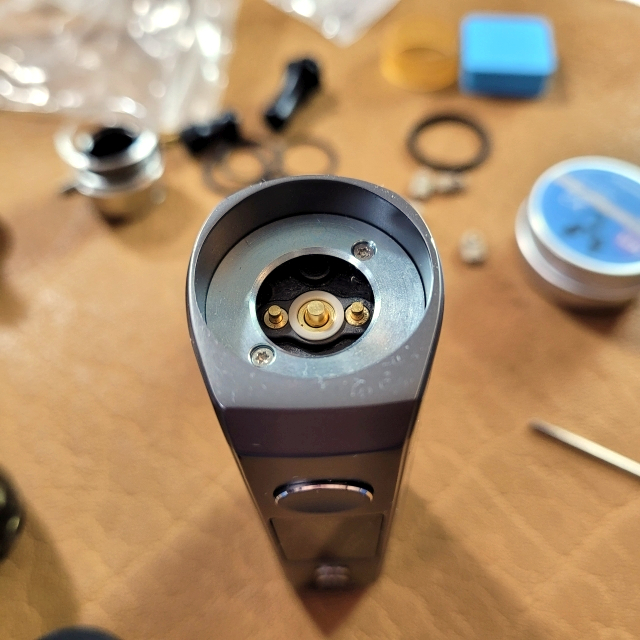 Then we twist the magnetic ring back. 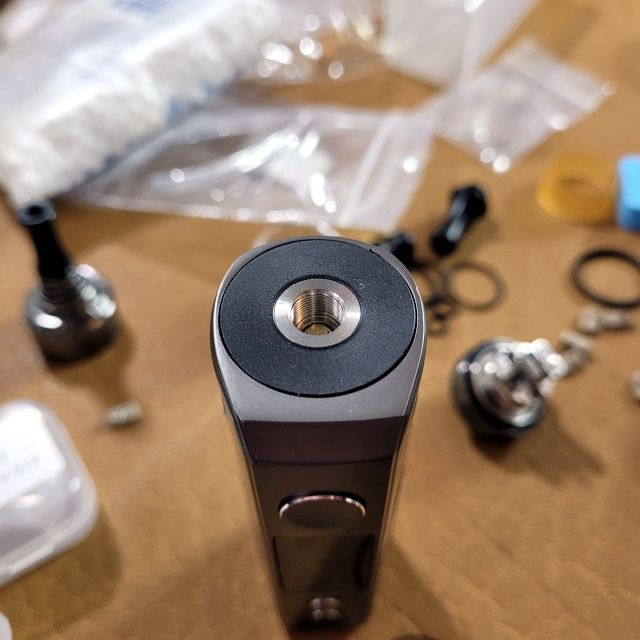 We insert the adapter with the magnets down into the Voopoo Drag S mod and you can use the 510 connector and use the tanks you like. 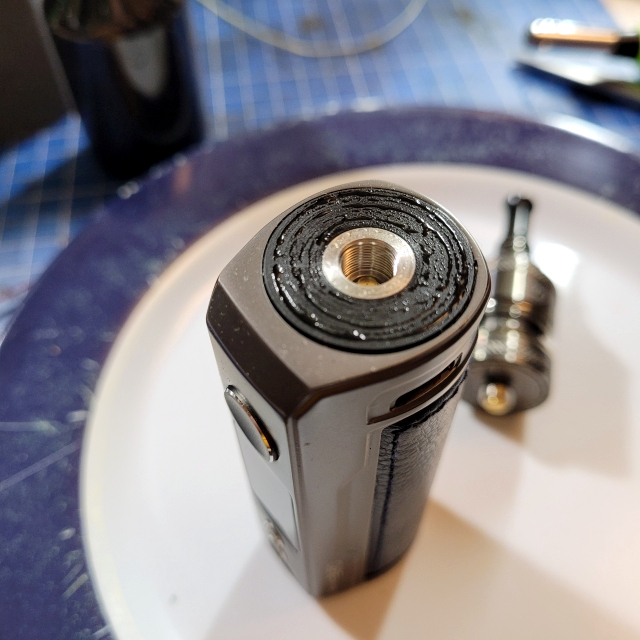 Even when your, for example, Berserker pisses, it will not be so scary thanks to the orings on the adapter and the carcass will not flood.