The review of computer mice of the Low-end segment does not make sense, due to their short duration of sales and quick change of the model range. Few manufacturers support the production of the lineup.

The only exception is probably Genius, which for many years has been producing inexpensive models of classic-style computer mice and keyboards. However, the heroine of our review deserves a review, since not only does it have a non-standard color, moreover, it is wireless at a phenomenally low price, comparable to classic inexpensive mice with cable transmission. 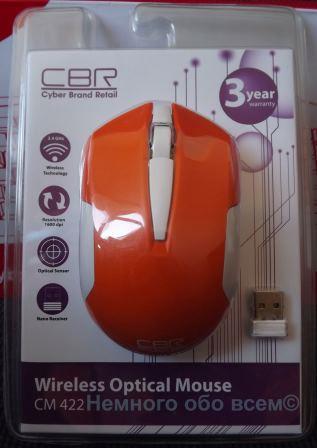 The mouse has a complete set consisting of the mouse itself, a nano-receiver and an AA battery, that is, a finger-type battery. The whole thing is packed in plastic wrap. The mouse is made in China. 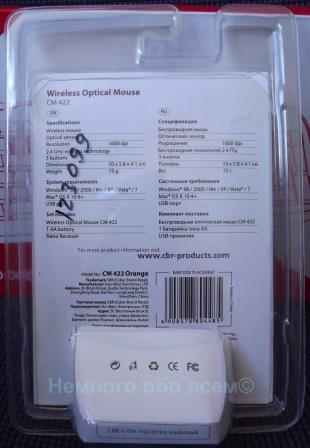 There is a specification on the back of the package, on the right side of which there is a translation into Russian, which is very good, since no one will open the blister in the store, but you need to know the characteristics. This mouse model uses 2.4GHz wireless technology. 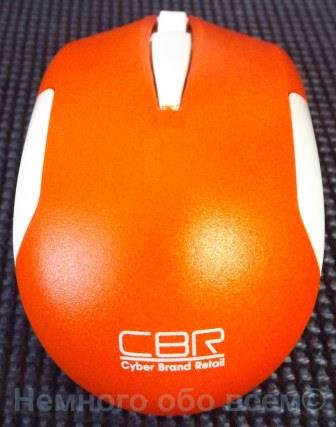 The mouse has a bright orange color, which also has its advantages:

The back of the mouse has the CBR logo. The surface of the mouse is rough, which improves the grip, and also prevents the hands from sweating vigorously. 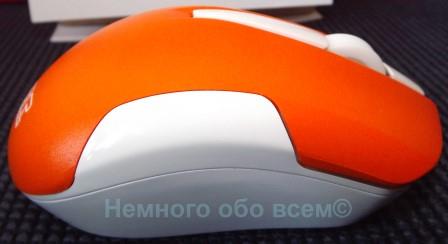 There are no additional buttons on the right side of the mouse. 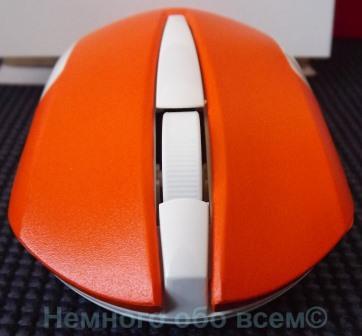 The right and left buttons have the same surface. The travel of the buttons is soft, the response is clear. Between the petals of the buttons there is a scroll wheel, which has an additional, third button. The scroll wheel has a steady course and does not rattle. 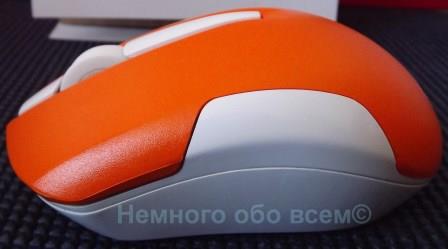 The optical sensor has a resolution of 1600 DPI. 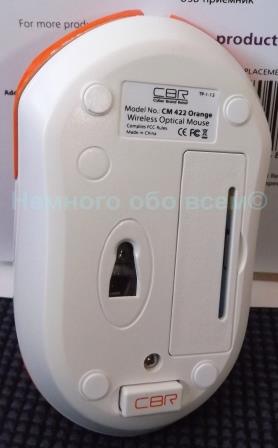 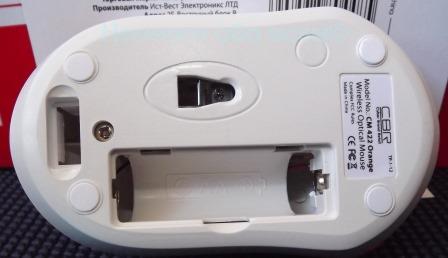 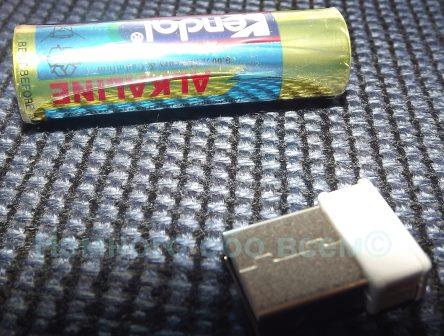 The mouse is powered by 1.5 volts from one AA battery. 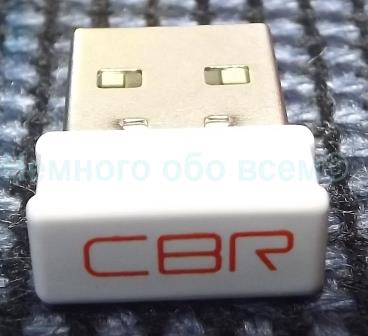 The nano-receiver has a logo on the body and, in principle, does not differ from similar devices from other manufacturers. It should be noted that since the mouse does not have a power switch, the power-saving mode occurs as follows: while the power is supplied to the nano-receiver, the mouse is turned on, as soon as you turn off the computer or remove the nano-receiver from the USB port - the mouse turns off with a second delay. Based on this, when you configure the power saving mode to turn off the power on the USB ports, while the computer is in sleep mode, you will not be able to "start" it by moving the mouse. Even in the working state of the computer, there may be situations when the mouse does not respond to actions. The verdict cannot be other than: an excellent product in terms of price-quality ratio.

During operation, there was a slight bounce of the right key. It is not the key itself that rattles, but the mechanism inside. Convenience is not affected in any way.